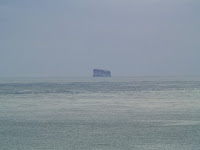 "Major improvements in wetsuit design (including heated wetsuits) mean that even countries such as Iceland now attract surfers, with the Reykjanes Peninsula close to the capital invariably having half a dozen or more surfers on a good swell. Close by there are popular breaks along the Sandgerdi coast and a decent point break at Thorlakshofn – but if it’s solitude you’re after, head to the north coast, where 30 miles south of the Arctic Circle you’ll find the world-class 'Ollie’s Point' at Siglufjördur or the evocatively named break of 'Castles in the Sky' near Húsavik, with not another surfer in sight."