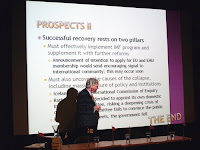 "This unequal vote valuation has been a matter of great controversy in Iceland since the mid-1800s. The farmers who called the shots wanted to keep the votes in the countryside even as the people moved away. This arrangement has remained in place, keeping the country divided into urban–rural constituencies with roughly equal numbers of seats in Parliament and unequal numbers of voters, a special Icelandic version of US gerrymandering."